The Myth of Human Potential.

If those phrases connect at all with you, we are perhaps kindred spirits, children of the days when the NBA was made of real men. (Except to my knowledge, there are no fake men, and it’s still a male dominated league. But I digress too quick.)

One of the great mysteries of that era was a giant named Darryl Dawkins. Mr Dawkins was one of the very first to jump from high school to the NBA, long before “One and Done.” Dawkins was known for 2 reasons. First, he broke a few backboards with powerful dunks, bringing in a new era of break away rims.

Secondly, the consensus feeling was that he never reached his potential. When you looked at him and saw this athleticism, his height, and his skills, those around Dawkins felt sure he was destined to dominate the league. He never did.  Almost every conversation around DD would inevitably lead back to this word: potential.

And Dawkins never got there. He had an above average NBA career, where he managed a championship in a minor role before exporting his talents to the European leagues. He is remembered for giving names to his dunks and breaking backboards.

Wait. I want you to pause here. A man with no more than a high school education leveraged a basketball skill to providing very well for himself and I’m sure a considerable number of other people. He managed to travel the world, and become NBA champion.  30 years later, he isn’t one of the myriad of forgotten players from the 80ies.

Darryl Dawkins was not potential, or even wasted potential. He was a man trying to make his way in the world. His choices made him the man he became.

As someone who has had others give me opportunities, I recognize the head start that comes with. Yet every slick salesman who wants you to sign up for their new thing sells us on potential income, not on actual income of the average person who participates. No one is sold on the average weight loss of a program, or the average money earned on Multi-Level marking scheme of the day.  We are sold on potential. 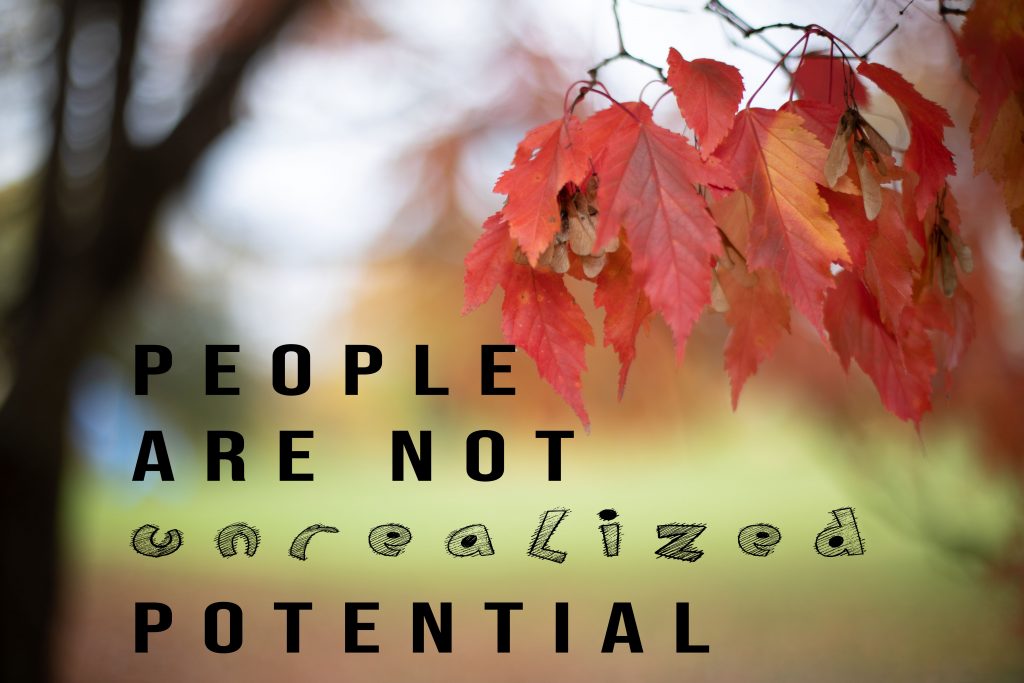