You are here: Home / leadership / The unseen partner of break through leaders

The Point of the Spear. The place of change. Leadership and the market loves change makers. The disrupters. Those who see the sea change and anticipate the new direction. Looking past the surface success of these “Point of Attack” leadership, often you will find a strange duality between the Spear Leader and the Shield leader. These come in pairs.  (yeah, for Star Wars fans, I hear the quote in my head) 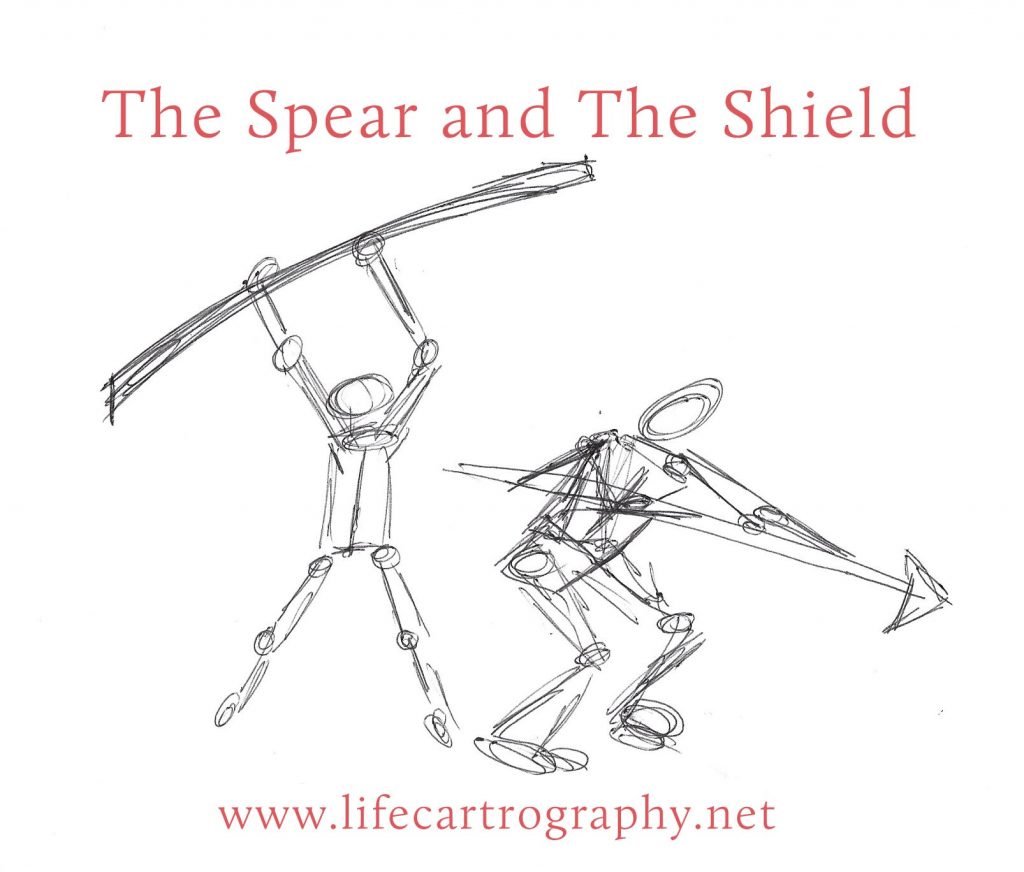 Leadership needs both Spear and Shield

In 2008 we launched an experiment in Dar es Salaam. Could we do church differently in Africa? Could we take a hodgepodge of the best practices emerging in high impact churches in urban areas around the world, introduce them to Dar Es Salaam, while maximizing the local creativity and genius?

The answer was yes, we could. “The Ocean” grew rapidly, for so many reasons. We embraced creativity. We did a fashion show. Young people wrote theater. We took a tea/coffee break in the middle of our service. We did away with “title fixation” for those in leadership. Racial, cultural and financial divisions were minimized and a beautiful multi-cultural, culture-creating community of faith in Jesus emerged.  Many amazing people have been of the Ocean’s story.

That’s the official story. That story is true. The story doesn’t sum up the hours of volunteer labor, the stress, the failures, and the 3 deaths and no attendance of the first year. We were the point of the spear in attempting something new. It was exhilarating and fun, and to this day, those years were the highlight of my professional life.

The story that is less known is the backside. Anytime creators begin, detractors emerge. A large part of the success of the Ocean sits in the lap of an unexpected ally. Magnus Mhiche was the assistant General Superintendent and my direct report in the church structure during those years. We met once yearly and I gave a report of what we were doing.  He never tried to change or altar what we were doing.

What I learned later was that we had more detractors than I perhaps imagined. Rumors about me, and about the new thing we were doing, swirled in church circles. At that time, I didn’t realize why these never came my way. If you’ve ever done something different, you know how much energy can be sucked out of your efforts by having to deal with attacks, many of them from friendly fire.

Magnus was the shield to our spear. He was never going to go the direction of the Ocean. A great leader, he understood that his core people would not connect with our new style of ministry. He himself had served as the Point of the Spear in leading the Tanzania Assemblies of God  into a different understanding of reaching out to unreached areas of Tanzania.

In my life and the life of the Ocean, Magnus shifted from a spear to a shield. He shielded us. He provided the covering for us to innovate and create and be crazy. I am sure he heard it more than once from a pastor who heard a skewed report of something crazy we had done.

Leadership credit is often given to the Spear. Those who innovate and change the conversation are made famous. My sense is though, that for every spear that remained effective, there was an older, wiser leader who provided the shield, the covering, for that new endeavor. Many spears have shattered on the wall of traditional and protectionism.

If you are a spear, understand this….

Holding my metaphor here, as the spearhead for a new kind of ministry outreach in urban Dar es Salaam, it was imperative that we understood our unique role. Our target was never the traditional church. Our target was never to attack those who had gone before us. Our role was to engage in new, untapped communities with the message we had.

Here are some principles

Our focus was urban youth and internationals living in Dar es Salaam. We didn’t have to worry about the broader issues of church governance, engaging with legal entities, endorsing and certifying ministers and ministries. We could be focused on only this one new thing we were attacking.

Spears push forward but have a hard time holding ground.

When not burdened with maintaining a system, even a healthy one, a spear can push forward and not worry too much about the larger picture.  The flip side is that rapid gains can be rapidly lost if structures are not built.

Spears must be sharp.

We had strong opinions. I had strong opinions. I still do. But the nuance that comes with dealing with a bigger picture wasn’t my concern. We created a new culture because we started something new. Most leaders don’t work in the culture creation space. They work in the culture change or culture protection space.  And a spear must  actually have solutions, not just identify problems.

If you are a spear, be sharp. Be focused. Push forward.  Don’t attack the old, engage the new.

If you are a shield, understand this.

You may have the desire to innovate and challenge and change, but recognize the value in the broader scope of the work you do. Protection and coverage is not as celebrated. When was the last time we celebrated a denominational structure for building pathways  for people to be trained in ministry?  Shield Leaders are the mature women and men who know that the influence they have built up over years is now strategic leverage to accomplish change that they themselves can not and do not want to undertake.

The weight of leadership for those who cover others is heavy. You have to understand more, carry more, bear more. There is a burden to the privilege that comes with leadership.  Your decisions, what you cover and what you expose has much larger repercussions.

Shields bear the brunt of most attacks

The weight of leadership is having a bigger picture that many times others don’t see and can’t see. I had several situations where I knew things that others didn’t know, and couldn’t know to maintain our integrity in dealing with conflict. Because of that broader knowledge, Shield leaves will have to make decisions that are unpopular. In one specific situation, I was criticized by people who used to be key leaders in our space. I had information they did not have access to and for the sake of integrity, I could not give them.

Whether it’s a wall or a smaller shield, gains need to be shielded. Systems and processes and structures that seem onerous to the spear secure gains.

Understand your role. If you are a spear, but under authority. Stay under cover. Understand the benefit of lazer focus and limited scope of responsibility.

If you are a shield, understand that the most painful blows you receive will often be from those you feel are friendlies. If you protect a spear, it will come at a cost.  Be ok with being a Shield.

Thanks to the shield work of Magnus Mhiche, there is a dynamic church in Dar Es Salaam today, years after I turned over the leadership to others more capable than myself. The community is stronger and larger now than ever before.

If you resonate with this Shield and Spear Leadership metaphor, come back tomorrow for a follow up post. And let me know what you think in the comments.