Why I’m not a follower of Jesus. And I won’t call myself that anymore.

I am not a follower of Jesus. I am a disciple of Jesus. And it’s different. 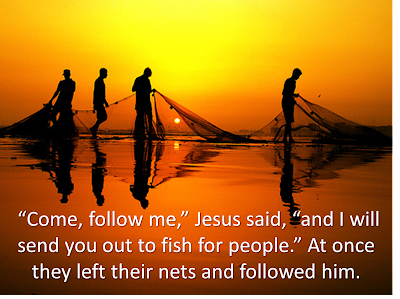 The term Christian has fallen into disrepute of late. In an effort to distance ourselves from organized religion, many who would formerly identify themselves as Christians, now call themselves “followers of Jesus.” I myself have used that phrase repeatedly up until recently.

Jesus always drew a crowd. Everywhere he went, the crowds followed him.

And Jesus provided that. For seasons and moments. But Jesus never called people to be only followers. He called them to follow so that they might become disciples.

Followers quit when they don’t like the teachings. Disciples say “where else would we go?”

Followers look for earthly political solutions and try to legislate morality based on the teachings of Jesus. Disciples give their lives, knowing that his “kingdom is not of this world.”

When things get tough, followers stop following. Disciples know that growth rarely occurs when things aren’t tough, and they embrace the difficult times.

“Come, follow me, and I will make you fishers of Men.”

“And he called 12 to them and called them Apostles.”

I started following years ago. I still do. But I’m not just a follower anymore. By God’s grace, I’m a disciple.

This post has drawn the most readers and the most negative reaction of anything I’ve ever written. So I wanted to clarify some points here.

Some readers have made the valid point that the word “follower” and “disciple” are used synonymously in the Koine Greek, in which the New Testament was written.

I’m assuming that 99% of my readers don’t read Koine Greek. I’m not trying to force a meaning on the text. I’m using English as my medium of communication. And my POINT could perhaps be said otherwise, but I stand by the idea. I want to be more than just a follower. I want to be a fully devoted disciple.  If you have a better way of expressing it, please leave a useful comment. But in the meantime, the hundreds of people who resonated with the post and myself are going to keep trying to figure out a way to express this longing of our hearts to be more in love with Jesus and to do more of what he said to do.

1,047 responses to “Why I’m not a follower of Jesus. And I won’t call myself that anymore.”