Because you know you can’t, and if they call, you gotta answer. 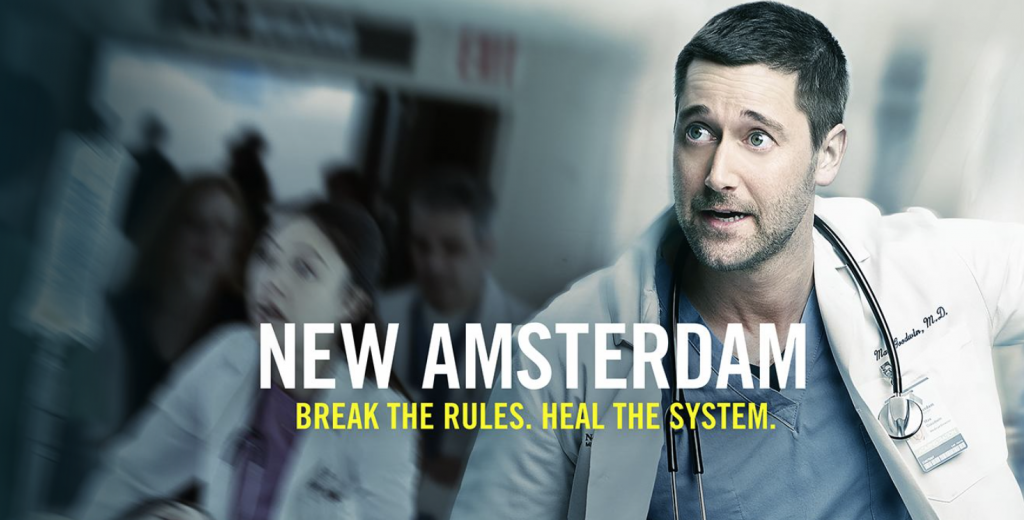 Based loosely on a true story, the hero is a doctor who wants to get the hospital back to caring about patients. Multiple times per show, Dr. Max will ask someone “how can I help?”

This line, “how can I help?” is a common leadership teaching. But like so many leadership maxims before, nuance is key to credibility.  Because Max is offering to help everyone, while he is losing his marriage and can’t tell his wife that he has cancer.  The tale is classic, the driven male ego face to face with losing his family. At work, he’s this great guy. With his family, not so much. He can’t give his wife and unborn child the help they need because he is so busy helping other. The viewer can’t help but see this contradiction.

The idea of “How can I help?” is essentially the heart of leadership. Servant Leadership, as defined by GreenLeaf, is ““The servant-leader is servant first… It begins with the natural feeling that one wants to serve, to serve first. Then conscious choice brings one to aspire to lead. That person is sharply different from one who is leader first, perhaps because of the need to assuage an unusual power drive or to acquire material possessions…” (Greenleaf, 1970)

Servant leaders want to help so they offer to help. The genuine desire is not for influence or power, but a desire to help. To Serve. Here is where the problem begins.

I worked for a leader once who often used this kind of terminology. One day, I called in the offered help. I felt I needed help. But her perspective on my request was that I would have to figure it out myself. And I did.

A couple weeks later, I tried again. Again the same response. And at this point, a trust barrier was put into place. The refusal was well within her role as my supervisor. I could, and did again manage the task by myself. My take away though was that my leader had been well coached in leadership parlance, but that the truth was “how can I help if I think you need help? How can I help if it doesn’t interfere with my plans and goals.”

The sentiment may be true but critically, the offer of help must be legitimate, not just a leadership gimmick. Even if you as the leader don’t always agree. Coaching can come later.

Both requests for help were not end of the world requests. At the time though, there was considerable emotion attached to the request. Both tasks I managed to figure out an alternative way. The experiences grew my independence as a leader. And honestly, at other times, she was a helpful leader. My concern for those who want to lead is this.

Offer what you can genuinely contribute. If you can’t help, don’t offer a blanket statement . I have a feeling Dr. Max is going to run into problems with hiring more nurses and not having the budget to do so.

“If I could help, what would it look like?”

678 thoughts on “Stop offering to help others..”